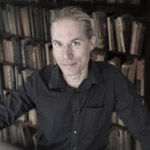 Hello. Pete Johnson here, and this is my oft-neglected weblog.

If and when I have time — which seems to be not that often, lately — I make notes here (rather than on Facebook or another such corporate platform) about what I’m working on or whatever other subject is on my mind. Usually this has something to do with places where technology, art and design, and music and sound converge. This often ties into things like interactive media, narrative design, performance art, the creative process and so on (though occasionally I’ll also venture off on random tangents that might involve philosophical topics or things like D&D and motorcycle maintenance).

Since you’re here, perhaps you’re looking for a bit of background information about myself and my professional endeavors. So here’s a bio of sorts:

I create experiences, to excite and inspire, to educate, to further messages and tell stories.

My energies are often directed into what one might imagine when one thinks of interactive media of the commercial variety; also art installations, museum exhibits, multimedia performances, and experimental work of various sorts.

Lately I’ve been spending quite a bit of time building software tools (and processes) for creating audio/visual experiences for communication, entertainment and art applications.

In the “digital agency” world I’ve spent quite a bit of time developing ways to translate the needs of an audience or end user into solutions involving narrative development, design, and technical infrastructure. And I have considerable experience directing the creation and integration of these elements, from concept through delivery. Speaking the languages of multiple disciplines helps in facilitating communication between clients, end users, and members of design, development, and management teams.

I’ve held titles like Executive Producer, Creative Director and Architect. I’ve worked with clients such as Audi, GM, Ericsson and NASA. My work tends to bridge the “creative” and the “technical” domains (though I’m somewhat reluctant to use these terms as I think the conventional tendency to categorize activities – and people – as one or the other is unfortunate … don’t art and music require “technical” ability? Is engineering – developing elegant solutions – not “creative?” … but I digress) — ultimately this involves synthesizing all the various elements that further the art and science of digital storytelling.

And while I tend to be more focused on tasks at the concept, strategy, direction or project management level, these days, I’m not averse to being hands-on, as well: writing some code, doing some design or animation, composing a bit of music for a soundtrack, or just handling some basic production tasks. Indeed I think it’s beneficial — necessary, even, if one wants to stay sharp — to get one’s hands dirty and make “tangible” stuff on a regular basis.

I also try to balance commercial work with fine art (“pop art” might be a better term) sorts of projects. Both can be satisfying and involve compelling stories in their own ways, and the latter can be thought of as a sort of R&D laboratory for inventing new creative approaches and techniques for the former. Further synergies result from using many of the same tools and technologies across all these endeavors. Recent art projects have taken me to multimedia performances in London, MoMA in NYC and the Coachella festival in California; I’m involved in ongoing music projects as well.

A bit of background history: I have a degree in computer science from WPI, and I studied studio art at multiple institutions in Boston (my BA is from the University of Massachusetts). I also have some formal training in music. Over the years I’ve worked as a software engineer for a number of well-known companies, including Avid (where I helped develop the Media Composer and Film Composer products) and as a designer, developer, and producer at major agencies like Jack Morton Worldwide and Digitas. I’ve toured with a couple of bands (no, you probably haven’t heard of them) in the US and Europe and produced a few records, and I’ve made a number of music videos as well as documentary and experimental films. Through all this I’ve maintained an active interest in storytelling in all its forms, as well as a number of areas of psychology, philosophy, and cognitive science. I like games, too (I published my first one in high school). I try to draw upon and synthesize all of this experience in my current work.

And rewinding back to the very beginning: my father is an architect and my mother a teacher, journalist, and children’s librarian. So you might say I have creating environments, presenting information, and telling stories in my blood.